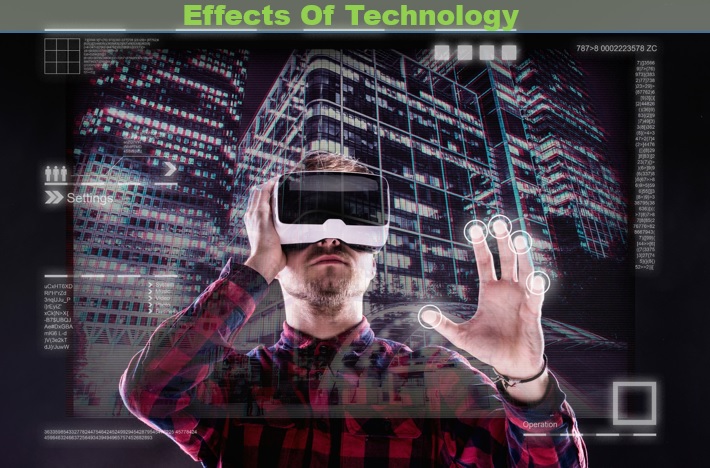 Within the last few decades loneliness has become an increasingly common occurrence, and is something which seems to have been driven largely by recent technological advancements.

As a result of these advancements, the average person is exposed to an increasingly large number of people each day. But unlike in the past where these contacts would occur face to face, in today’s society, most of this contact occurs via a television screen, a computer monitor or a cell phone.

In this article, we shall look at why this blind form of communication is one of the main reasons why people are beginning to feel more and more lonely, despite being surrounded by more and more people.

The importance of human interaction

Humans are genetically designed to gain satisfaction from meaningful relationships with real people, and as a result, receive many benefits from doing so.

For example, babies who are handled frequently when they are young grow bigger, have better muscle development and are generally healthier than babies who receive little or no physical contact.

Another example can be found with people who have lots of friends in their life. These people are much more likely to be happier, healthier and live longer than lonely people.

Whatever the reasons may be for these mental and physical benefits, the fact remains that there is something about real human interaction that completes us, as without it, our body and life slowly starts to break down.

Closer together yet further apart

Although technology has made global communication possible, but paradoxically, it has also resulted in less human interaction. A good example of this can be found with the average family.

Whereas in the past a family would sit down, eat dinner together and talk, nowadays, it’s far more common to sit in front of the TV and eat without talking.

If you do talk it is usually not about anything significant, since neither you nor the other person wants to be distracted from what you are watching.

And that’s if you’re lucky, as most of the time you will be told to “sssh”! In some families they don’t even sit together, as the ready instant meal means that they can eat whenever and wherever they want.

Unfortunately, this self-imposed isolation is not confined solely to dinner time, as after dinner, each family member will go their separate ways.

Usually, returning back to the TV, going on the Internet, playing a computer game, listening to their iPod or chatting on their cellular phone.

The result of this technological bubble is that people are having less face to face communication, and more indirect communication via intermediaries such as computer screens or telephones.

The frustration of virtual life

Despite the fact that technology now allows a person to communicate with lots of people all over the world, in reality, no matter how many “friends” you have on social networks like “Facebook”, they still result in the same thing; a technological bubble which keeps you isolated from real human contact and real human interaction.

As long as you are isolated from other people you will continue to feel lonely, because these virtual friends cannot adequately satisfy your needs, wants and desires in the long-term.

The reason for this lack of satisfaction is because most people use technology as a means of distracting themselves from their feelings.

This makes them feel good in the short-term, but eventually, the distractor leads to frustration because it is not adequately satisfying that person’s real needs.

For example, suppose that someone is feeling lonely, but rather than listening to this feeling they distract themselves from their loneliness by chatting online and participating in various forums.

For the time being, this person may think that their needs are being satisfied, as chatting with their Internet friends takes away the feeling of loneliness which they once had.

Given enough time, however, this person will become increasingly more frustrated because no matter how much they chat online, they can never seem to fulfil one of their most basic needs; a real relationship with real human contact and interaction.

The longer they ignore their feeling of loneliness the more painful it will become, and the greater their desire will be to use the distractor (chatting online) to further distract themselves from those feelings. If this continues, the person may eventually slip into depression.

If you have ever chatted with someone online and wanted to meet up with them, then what you experienced was this feeling of frustration that I just described. It came as a result of you being unable to satisfy your needs with your current actions.

Another example which shows how virtual relationships fail to satisfy our needs, can be found with online dating. Most people find it fun to flirt for a while, but eventually, virtual flirting is not very satisfying.

This is why online dating frequently results in people meeting up in the real world, because face to face communication and contact is the only way to truly satisfy your needs.

The Effect of Technology on Social Relationships

As a result, the less face to face communication you have with people, the worse your social skills are likely to become. The effect of these poor social skills can then make it difficult for a person to form meaningful and lasting relationships outside the virtual world.

For example, they may find it difficult to communicate their message verbally, be unable to understand what people are saying to them or be unable to read the various nonverbal forms of communication which signal whether a person is interested or not in what they are saying.

Do you think this sounds far-fetched? Well it’s not, as there are already people who are using internet slang terms such as LOL (laugh out loud) in real life conversations!

Sure, this is fine if you’re speaking with someone who knows what this means, but if you’re not, you might as well be speaking in a different language because they won’t have a clue what you are saying.

Although this is a relatively minor and uncommon example, it does show just how easily blind communication can infiltrate into real life face to face communication.

If we project the trend of blind communication forwards into the future and assume that it continues, what sort of society will we be looking at in 20-30 years?

If the current generation of children spend most of their day watching TV and playing computer games, how will they be able to communicate effectively with others when they grow up?

And if they are unable to communicate effectively, how will they form lasting and meaningful relationships with people? Will these people be able to attract members of the opposite sex? And if so, how long will such relationships last if there is little or no communication in it?

Although this might all sound a bit alarmist, the warning signs are around us right now and more and more people are becoming lonely as a result.

The only way to overcome this loneliness and prevent the future from becoming a lonely place for you, is to stop ignoring your feelings or distracting yourself from them.

Instead, you must learn to start listening to, and appropriately responding to, the messages that your feelings are telling you. This is something which we shall discuss at the very end of this article.

Before moving on to how you can deal with loneliness, I want to make it clear that I do not believe technology is bad. I see technology as being neutral. It is how you use it that determines whether it’s good or bad.

I also do not think that it is bad to communicate via the phone, chat online or participate in forums. This article was not meant to condemn these activities, but rather, to point out the potential dangers which they can lead to, both for you and society as a whole.

Occasional blind communication (i.e., communication which does not involve direct face to face contact) is perfectly fine in moderation.

However, if technology is used as a distractor, and your predominant form of communication is blind, then your mental and physical health in addition to your social life will be adversely affected.

So as long as for most of the day you are interacting with people in real life, your risk of being unable to develop meaningful and lasting relationships will be relatively low.

But if you spend most of your time interacting with people using a machine, be aware that your future could be a very lonely one. Why? Because you will lack the required skills needed to successfully interact with others.

A stereotypical example to demonstrate this can be found with “computer geeks”, who are stereotyped by their inability to get a girlfriend and their small circle of friends.

What really concerns me, however, is the increasing number of people who prefer to spend time online, or as it is sometimes called “living online”, rather than interacting in the real world.

If this trend continues, which all indications seem to suggest it will, we could reach a tipping point in society where face to face interactions become a thing of the past.

If people are not interacting together, then fewer people are going to meet, fall in love and have children. Eventually this could lead to a progressive depopulation of the planet.

Although at present this trend would largely be confined to developed countries which are able to provide their people with plentiful forms of technology, the more advanced this technology becomes, the greater its uptake is likely to be.

Use the following guidelines to help you understand and respond appropriately to your loneliness.

Loneliness tells you that you need to find someone who you care about and who cares about you.

3) Decide why you are feeling lonely

Why is it that you don’t have many friends or a partner in your life? Are you unable to communicate with other people because you spend most of your time online or watching TV? Are these activities preventing you from meeting people and making new friends?

4) Find something to change your feelings

If you want to make new friends, you will have to make an effort to make them.

This means interacting with as many people as possible, and forming close relationships with them through the activities which you do together. Generally speaking, the less you interact with people the lonelier you will become.

Loneliness is an increasingly common by-product of an over reliance on technology, which is itself used as a remedy for the problem that it created.

The more time you spend creating virtual relationships, or distracting yourself from your loneliness with entertainment, the harder you will find it to make meaningful and lasting relationships in the real world.

This inability to form relationships will then lead to more painful feelings of loneliness, addictions to distractors (technology), frustration and eventually depression.