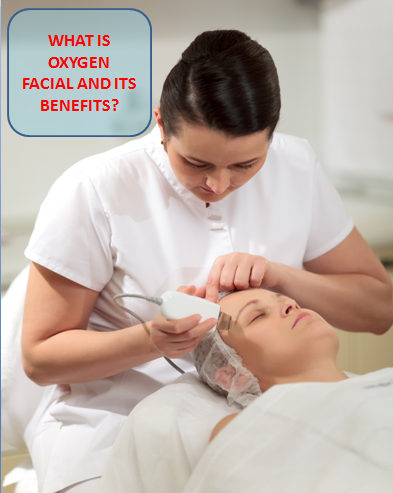 Oxygen facial therapy is one of the newest anti-aging treatments to hit the market, and it’s been rapidly growing in popularity due to the numerous celebrities who have had it done.

Madonna and Gwyneth Paltrow, for example, consider it to be one of their favorite skin care treatments, and even Kate Middleton, now, the Duchess of Cambridge, reportedly underwent oxygen facial therapy before the royal wedding, and we all know how beautiful she looked.

The basic idea behind this beauty treatment is to apply oxygen to the skin, sometimes, also with cosmeceutical ingredients, to rejuvenate its appearance and create a more radiant look.

Oxygen facials can be done on both men and women, and promises to offer benefits such as firming up the skin, softening the appearance of fine lines and wrinkles, making expression lines less obvious, and improving blood circulation to give your face more color and an improved complexion.

For a non-invasive skin rejuvenating treatment these are quite some impressive benefits! But does having an oxygen facial actually work? Or is it just another fad beauty treatment that’s going to quickly die out?

Why Apply Oxygen to the Skin?

One of the major benefits of doing exercise is that it helps to oxygenate your body, which, in turn, then improves the health and appearance of your skin by providing your cells with the oxygen they need to carry out their metabolic functions.

Since the air you breathe is composed of around 18% oxygen (O2), you therefore oxygenate your body and skin with every breath you take.

Oxygen facials are designed to deliver oxygen to your skin in the form of a mist, mask, gel or facial cream, and work on the basis that if oxygen in the body is good for your skin, then applying it directly to the surface of the skin is even better.

Some claim that if you want to remain looking young for as long as possible, then this type of treatment is necessary because oxygen levels in the facial tissues naturally decline with age due to worsening blood circulation.

So by helping to restore these O2 levels, you can help to improve the health of your skin and delay the signs of aging. That’s the theory anyway.

Most oxygen facial therapy treatments also use some kind of anti-aging serum, as it’s believed that oxygen can be used as a delivery mechanism to enhance the absorption of ingredients which are beneficial to the skin.

In addition, oxygen itself can also be used to kill bacteria, and so it can be useful for helping to give the skin a clearer looking complexion or for treating skin disorders such as acne.

An oxygen facial is usually carried out with a small pen like device called an airbrush. When placed on the face, the airbrush blasts pure oxygen, also known as hyperbaric oxygen, at high pressure into the epidermis. The uppermost layer of the skin.

If you choose to pay extra for your treatment, then the airbrush can also contain a variety of anti-aging ingredients, such as vitamins, antioxidants, nutrient extracts, botanicals, minerals and moisturizers, which will then be blasted into your skin along with the oxygen.

At high pressure, this anti-aging serum can reach deeper into the epidermis, where it can then be absorbed more effectively and produce greater beneficial effects. 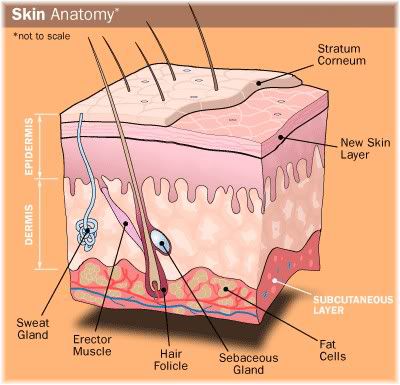 This is perhaps one of the biggest advantages of oxygen facials, as most skin care ingredients found in commercial beauty products are made up of molecules that are too large to pass into the deeper layers of the skin.

Hyaluronic acid and collagen, for example, are commonly found in anti-aging skin creams. But the molecular size of the molecules which are used in such creams prevents them from passing into the skin when applied topically.

So even though these ingredients may help to sell products, they offer little, if any, real beneficial effects.

However, if ingredients such as hyaluronic acid are applied via high pressure into the skin with oxygen, and at a lower molecular weight, they can pass deeper into the epidermal layer and so stand a much better chance of actually doing something useful.

Most people describe an oxygen facial as feeling like someone using a mini pressure washer to spray a cool liquid on their face.

Of course, being a non-surgical and non-invasive treatment, an oxygen facial it isn’t painful. But if you have microdermabrasion carried out before your facial, then that may cause a little discomfort.

Both of these treatments are often offered as a package deal, as by removing dead skin cells, and cleansing the pores, microdermabrasion can allow the oxygen treatment to function more effectively by penetrating deeper into the skin.

What Results Can I Expect?

After your facial has been completed, which can take anywhere from 30-60 minutes, your face will feel very smooth, hydrated and plump, especially if you have opted to have ingredients such as hyaluronic acid in your serum.

The plumpness of your skin will also help to fade out the visibility of fine lines, wrinkles and expression lines, producing a similar, although not as dramatic, effect as you would get from having Botox.

In addition, you should also notice an improved color and glowing radiance to your skin, with a clearer complexion due to increased blood circulation and higher tissue oxygenation levels.

Unlike most beauty treatments, you can apply makeup almost immediately after your treatment is over. So there is no downtime after your facial.

How Long Does it Last?

Despite all the benefits, the initial results from an oxygen facial don’t last for very long. As normally, the results from your first treatment session will last for about seven days.

The effects are, however, cumulative, so the more treatments you get the better your skin will look. A full course of treatment involves having one oxygen facial per week for six weeks.

After this period, results can last for 1-3 months, although most beauty therapists recommend having a once monthly maintenance treatment to maintain your results.

A single oxygen treatment costs about $80, with a full facial, including the anti-aging mixture, around $125. Prices will, of course, vary depending on where you go for your treatment.

There has been a lot of debate over whether oxygen facial treatments really work. But for anyone who has had one done, there is no debate because the results speak for themselves.

In fact, Madonna is supposed to have been so impressed with the results that she was getting from oxygen facials, that she decided to buy her own oxygen facial machine!

Lots of other celebrities also have oxygen facials for the same reason, it works and helps them to look their absolute best.

However, as to whether or not the effects that people experience are due to oxygen being absorbed into the skin is debatable, as there isn’t actually any scientific evidence to prove that this is the case.

Instead, it has been proposed that the plumping effect of the skin is actually caused by a mild inflammatory response caused by the high pressure liquid oxygen spray being blasted at the skin’s surface.

This would be similar to how your skin might swell if you were stung by something like a stinging nettle.

If the effects are due to inflammation, then this could actually be harmful to the skin in the long run, as prolonged or chronic inflammation is known to be one of the major causes of aging and disease.

But it’s important to remember that many anti-aging treatments work by causing localized inflammation.

For example, the use of a dermaroller or microdermabrasion causes injury to skin which then results in inflammation that stimulates fibroblastic activity to induce collagen production. So just because something causes inflammation, it doesn’t necessarily mean that it’s going to accelerate the aging process.

Furthermore, pumping oxygen into the skin might not be a good thing either, as it may result in the production of free radicals which could further contribute towards premature aging.

Whether or not this occurs with an oxygen facial hasn’t yet been scientifically established.

But this will be less of a concern if your serum contains antioxidants, such as vitamin E, vitamin C and other ingredients, such as green tea extract, which are known to protect against free radical damage.

Finally, it is possible to increase the oxygen levels of your skin naturally and for free by doing aerobic exercises. This increases blood circulation throughout the whole of the body, which is why your skin tends to look better after a good workout.

• Noticeably improves the appearance of your face.

• Kills bacteria that cause spots.

• Help to increase oxygen and moisture levels in the skin.

• Can deliver skincare cosmeceuticals deeper into the skin.

• Little independent research has been done to back up the effectiveness of oxygen facial products or treatments.

• Oxygen facials are not suited for people with sensitive skin as it can cause irritation and inflammation.

• If oxygen is applied as a mist in combination with hydrogen peroxide cream, it can increase the amount of free radicals on the skin which can accelerate aging.

• Some dermatologists warn that too much oxygen is actually bad for the skin and can do more harm than good.

There are currently no scientific studies to back up the effectiveness of oxygen facial therapy. As a result, many medical professionals and dermatologists remain skeptical of this treatment, and often claim that it doesn’t work.

Yet, for those who have had the treatment done themselves, or witnessed someone else having the treatment, they know that it does work because an oxygen facial produces near instantaneous results.

So the real question is how oxygen facials work, not whether they actually do work. But as we have no scientific studies to help answer this question, it’s not possible to say whether the results are due to oxygen or an inflammatory response.

But as long as oxygen facials provide some noticeable improvement to the skin, most people don’t really care how it works anyway.