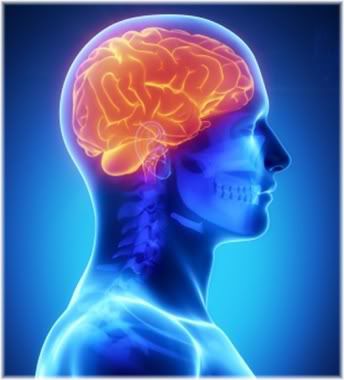 Most people will, at some point in their life, complain of having memory problems. They may even doubt their ability to remember something, such as a student who wonders how it is possible for them to remember so much information for an exam.

The reality, however, is that the capacity of your memory is virtually limitless. So you don’t have to worry about your brain being overloaded with information, because as long as you remember something in the right way, you shouldn’t have any problem remembering it.

The real difficultly lies not with forming memories, but rather, with retrieving information that has already been stored. It is this failure of retrieval that people falsely label as a “bad memory”.

To give you an idea of how just good your memory actually is, have a look at the following points listed below:

Dreaming of Past Events

You have likely had many dreams in your lifetime about past events, and some of those dreams may have seemed so lifelike and real that you thought you were actually in the dream.

The fact that people can dream about past events in great detail is evidence of a good memory, because you are able to remember something which, in some cases, happened decades ago.

The difficultly lies in accessing this information again, or being able to recall your dreams in more detail when you are awake. Fortunately, this can be done with a bit of training.

All you need to do is to start writing down your dreams in a notebook, and you will find that your ability to recall them when you wake up will slowly start to improve over time.

Tip of the Tongue Memories

Have you ever tried to remember something, but no matter how hard you tried you couldn’t remember? Even though it was on the “tip of your tongue”? Then, just as you gave up and stopped trying, you suddenly remembered it?

Tip of the tongue events are more evidence of your super memory power. As they show that the information which you are trying to recall is in your brain, but again, it’s accessing it which is the problem.

What we learn from such events is that memory recall favors the relaxed mind. So if you stress yourself out about not being able to remember something, then you will only make it more difficult for you to remember it.

The ability to suddenly recall bits of information which you thought you had forgotten about, is yet more evidence that the brain remembers a lot more than you think it does.

For example, if you return back to your childhood home after being away for many years, just being there will start to bring back a whole host of memories which you had “forgotten” about.

Another example can be found when talking to someone about something which you did together in the past, and then being reminded of something that you had completely forgotten about.

So again, the information is still in your brain, it’s accessing it which is causing you the problem.

You have probably seen at least one documentary about people who are able to remember large amounts of information. Most of these people, except the savants, appear no different to you or I.

One thing that these “memory masters” have in common, is the various techniques which they use to remember things.

What this seems to suggest is that we all have the potential for an excellent memory. We just need to learn how to use it in the right way.

It is not uncommon for a student who is revising for an exam, to think that they have so much information to learn that it will never be able to fit inside their brain.

But if Professor Mark Rosenzweig’s work on the brain is anything to go by, we could enter 10 new pieces of information into the brain every second, for an entire lifetime, and the brain wouldn’t even be half full in terms of its storage capacity!

What this means is that there is no point in worrying about how you are going to remember a lot of information, because the brain can store more information than you could possibly feed it in a lifetime.

When a neurosurgeon electrically stimulates the brain of a patient who is undergoing brain surgery, some patients will recall memories from their childhood that appear so vivid that it’s almost like they are reliving them.

They can recall smells, noises, colors, tastes, how they felt and a whole host of other details which they had forgotten about.

Some neuroscientists, such as Professor Wilder Penfield, believe that within each cluster of brain cells lies a perfect store of every event from our past. If we could find the right stimulus, we could replay the entire thing.

Just as people can relive certain events from their past when undergoing electric brain stimulation, many people have reported experiencing flashbacks of their life when they thought that they were going to die or did die but then came back to life.

Death may therefore be the stimulus that Wilder Penfield was looking for, the ultimate memory recall device that gives us full access to all the memories which we have stored throughout our entire life.

Photographic memory is the ability to recall something which you have seen in the past in great detail, as if you were actually looking at a photograph. Some people have a permanent photographic memory, whilst others experience it only occasionally.

It is, however, also possible to develop a photographic memory. People in the Secret Service or Special Forces for example, can quickly glance at a room and know all the details about it such as what is in the room, who is in the room and where things and people are.

What this shows is that if it is possible to develop a photographic memory, then it must also be possible to improve your memory from what it is now.

The only caveat is that you must be willing to work on improving your memory and be willing to learn the relevant memorization techniques.

In one set of memory experiments, subjects were shown 1000 photographs of faces, one after the other, for one second per picture.

All subjects, regardless of how they described their memory ability, were able to correctly identify nearly all the faces which they had seen from those which they had not seen.

What we learn from this experiment is that the brain tends to remember visual information the best, much better than it does other types of information, such as words.

So if you want to memorize something, then trying to visualize it as a picture, rather than just repeating a word in your head, is likely to be much more useful in terms of you being able to remember it later on.